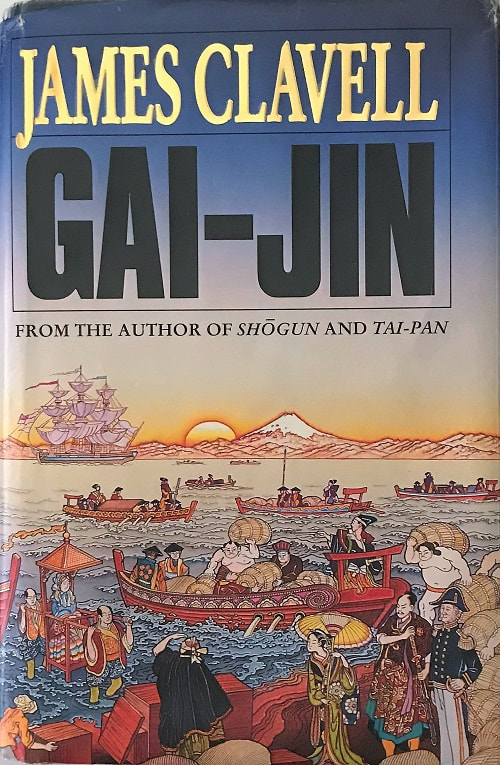 James Clavell's eagerly awaited new novel of Japan picks up the story of east and west twenty years on from the ending of Taipan and two and a half centuries on from Shogun. It is 1862, Japan is a land in chaos. The power of the Shogun is waning as rival factions fight for supremacy, among them a hot-headed, idealistic group of young Samurai dedicated to restoring the power of the Emperor from whom they believe the first Shogun, Toranaga Yoshi stole it.

Into the maelstrom of corruption and honour, intrigue and personal sacrifice come the Gai-jin, the hated foreigners who arrogantly certain of their own superority, watch and wait from their Yokohama base ready to make a profit by selling anything and everything, even guns and warships to any or all of the competing parties. But they are also a community of divided British against French, Prussian against Russians, traders against military. The traders know the wealth that could be theirs when the barriers crash down. At their head stands the Noble House and the heir to the title to Tai-Pan, Malcolm Struan who is determined to become his own man. At the head of the Shogunate is Lord Yoshi, a direct descendant of Shogun Toranaga.

James Clavell's breathtaking picture of nineteenth century Japan is a tour de force. The seeds of twentieth century history are here. But over and above, Gai-jin is a monumental novel of people and passions that are strong and simple as love and death.

Condition : a little bit worn-out on the edges but pages are still in very good condition. No writings or page foldings on the book.