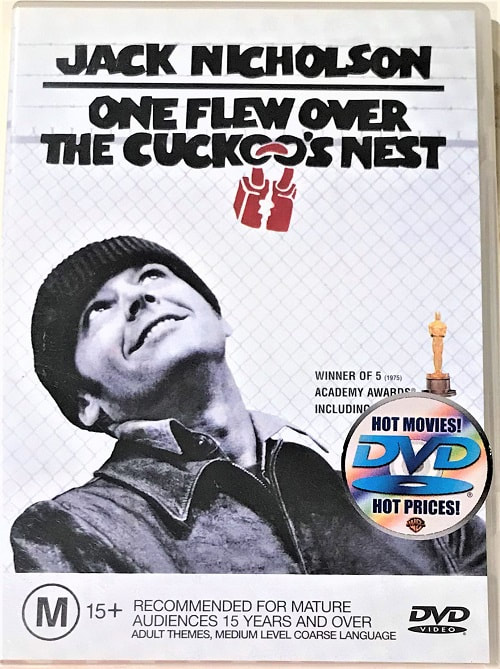 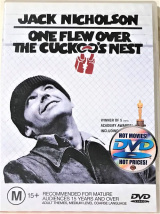 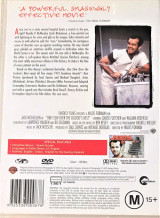 Pre-owned - Movie DVD Video - One Flew Over the Cuckoo's Nest

Pre-Owned. Like New condition. Watched only once. DVD Video 'One Flew Over the Cuckoo's Nest". A free-spirited con with lightning in his veins and glib on his tongue fakes insanity and moves in with what he calls the "buts". Immediately his contagious sense of disorder runs up against numbing routines. No way should guys pickled with sedatives shuffle around in bathrobes when the world series is on. This means war. On one side is McMurphy (Jack Nicholson). On the other is soft-spoken Nurse Ratched (Louise Fletcher) among the most coldly monstrous villains in film history. At stake is the fate of every patient on the ward. Raucous and searing and with a superb cast.